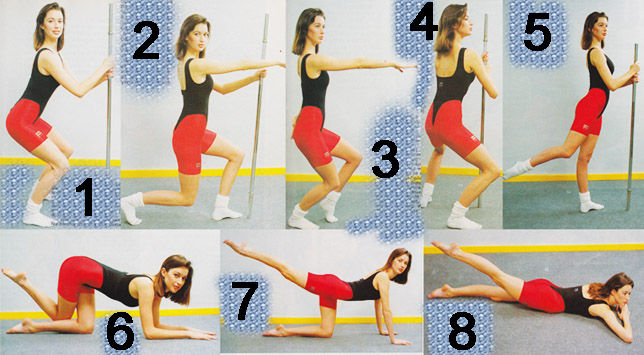 Increasing the strength and power of girls.

The process of increasing girls' strength and power should be similar to that of boys. However, taking into account the psychophysical properties of the female sex, it is worth considering the following recommendations.

In girls' training programs, special attention should be paid to increasing the strength of the muscles of the upper limbs, even then, when these muscles are not clearly involved in a given discipline or sporting event. The muscles of the upper limbs are the "weakest link" in the total strength of women. Improving the strength of these muscles is important not only in preventing injuries to the locomotor system, but also in increasing the efficiency of performing such exercises, which mainly involve the muscles of other parts of the body. Taking into account the greater capacity of women in terms of endurance and smaller in terms of strength and power, the period of increasing local strength endurance can be reduced, a extend training periods focused on strength and power. In exercises aimed at increasing strength, emphasize the speed of strength development by quickly starting each repetition of the exercise (the so-called. quick start), because women take longer to reach their maximum strength than men. In jumping exercises, separate the repetitions as often as possible (jumping) in series, because women use elastic energy more, accumulated in the muscle-tendon complex during muscle activity in the stretch-contraction cycle (CR-S), as it occurs during the landing-bounce sequence. This makes the exercise relatively easy, but its effect on increasing muscle strength and power is small.

Young players should be provided with constant psychological and medical care as soon as possible, including gynecological and endocrinological, mainly due to the increased frequency of menstrual cycle disorders in women practicing sports.