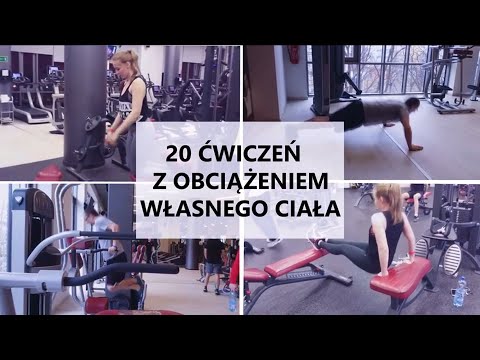 Exercises with the weight of your own body (jumping, throws, runs)

The best power exercises – and not only for young athletes – are natural plyometric exercises (jumping, throws, runs). When these exercises are performed correctly, teaching is possible, and then improvement, the athlete's ability to use "extra" energy, accumulated in the system of motion (in the muscle-tendon complex) during the work of the muscles in the stretch-contraction cycle. His energy, called the energy of elasticity or elasticity, allows you to achieve greater strength and power of the movement – thus increasing the effectiveness of the athlete's performance.

Without going over this extremely complex one in detail – not fully explained until today – issues can be stated, that teaching young athletes to properly perform various types of jumps is extremely important not only to increase their jumping ability and power, but above all to protect their motor systems (especially: spine and knee joints) against chronic overload, occurring in the course of a long career with many players, representing various sports disciplines / competitions.

Effective, but also safe, jump is the ability to develop maximum strength in the rebound phase and, no less important, the ability to cushion (suppression) much greater ground reaction force (mainly vertical component) during the landing phase. These two skills may be independent of each other. Practice shows, that a large number of athletes can jump dynamically and high, but he can't safely ("soft") land. The first skill is related to the level of strength and power, the other – it's primarily a technique (manner of execution) traffic. The former cannot be improved without increasing strength and power, while the other – without the correct foundation, mastered in the first years of training. The execution nature of the mentioned jump phases must be different. In first, i.e.. during reflection, we do everything, to develop as much strength as possible, in second, i.e.. during landing - try to "extinguish" the ground reaction force as much as possible.

Teaching an athlete the ability to use muscle work in the stretch-contraction cycle in the rebound phase is not difficult, but it is worth teaching young athletes to jump "with their whole body" and not only with "legs" from the very beginning. Then you need to keep going, at all stages of a career, remind players, that they engage the "muscle tape" in the rebound phase (swing your arms and torso – straightening the legs – "Pulling" with the arms and torso up) and as much as possible used not only the muscles of the lower extremities, but also energy, produced by movements of the torso and upper limbs.

The landing phase is much more difficult to master, which should be depreciation, "soft". To do this, perform both single jumps, and combined (polygons) you should train the ability to develop maximum strength in the rebound phase and the ability to "compromise landing", i.e.. land soft enough, so as not to overload the spine and knee joints, but at the same time so "stiff", so as not to "lose" too much spring energy, which will be useful in a possible move, performed immediately after landing. Because the change of direction of movement in the stretch-contraction cycle should occur as quickly as possible, and each lag reduces the share of elastic energy in the contraction phase, it means, that if combined jumps will be separated by gaps, it will not be trained to use elastic energy, stored during landing, in the next move, i.e.. reflection.

To be expected, that the use of jumping exercises on I. (16-17 years) and II (18-19 years) stage will have an impact on increasing both jumping ability, and the strength of the lower limbs. If, at these training stages, girls and boys learn to land safely, it is in the later years of their sports careers that the use of jumping exercises will not pose a threat to their locomotor system.

Below are some recommendations for safe throwing, jumping and running for short distances (sprints).

The distance between practicing in pairs should be this, so that you could both throw the ball to your partner without any problems, as well as safely catch it after its throw, waiting for the ball to bounce off the ground. Throws should be done carefully, exactly to the partner, but try to do it at the same time, that the moment of throwing the ball was as fast as possible. Catch the ball confidently, soft, do not stiffen the body. Prepare carefully for the dynamic ball throw. Each throw must be as dynamic as possible. If it's too slow, you should replace the ball with a lighter one.

A task for the caster – make the ejection phase as dynamic as possible, engage "muscle tape" (legs – torso – arms – hands)!

You should bounce back dynamically, jump over the hurdles as high as possible. Land like a cat. Soft and quiet. To protect the spine and joints of the lower extremities from injuries, it is necessary: jump only on soft ground, use shoes with good cushioning properties, continuously improve the correct landing technique. Immediately after contact with the soft ground, bend the legs at the knee joints, tilt the torso slightly forward, "Grasp" the ground with your fingers and the ball of the foot. Never land on straight legs or full feet, stiffening the torso. Without shoes, you can only jump on sandy ground. Remember, to perform the reflection dynamically, and landing calmly, soft. It is better to jump over the lower ones, rather than too high hurdles, always placed on mattresses or other, soft ground. Perform combined jumps without interruptions, one after the other. The distance between the fences must not be too great. You have to jump mainly upwards, not far. If only one fence is available, we can jump from both sides of the hurdle.

A task for the jumper – "Combine" jumps in a series, i.e.. do them one after the other, perform the take-off phase as dynamically as possible and the landing phase "soft", engage "muscle tape" in the cover (swing your arms and torso – straightening the legs – "Pulling" with the arms and torso up)!

In order to increase the maximum power manifested in locomotion, i.e.. "Fueling" your own body, it is worth using gears at maximum speed. It is recommended to perform them in the form of both maximum accelerations on the sections 10-15 m (we emphasize the phase of achieving maximum power, expressed in maximum running speed), as well as running distances up to 50 m (we emphasize the phase of maintaining maximum locomotive power). In order to reduce the influence of the starting technique on the time to reach maximum power, it is recommended to start the run from a high starting position. Before using the effective ones, but at the same time characterized by a relatively high degree of risk of injury, training measures, a very solid warm-up should be carried out.

Runner's task is to run full to start to finish, take off as fast as possible and try to accelerate until the end of the run!